What Are Polygons in 3D Modeling

Often, when ordering product 3D models, marketers don’t know whether they need high-polygonal or low-polygonal 3D objects. In turn, 3D studio managers need to know exactly which option the client goes for so they can make preparations for a project. But what are polygons in 3D modeling, really? To be honest, not so many non-professionals know that.

Due to unfamiliarity with the 3D modeling terminology, marketers can order the wrong type of 3D models. As a result, the finished 3D objects won’t work for their purposes. Therefore, they have to re-order them and spend extra money on a new round of 3D modeling.

To establish productive cooperation with a 3D modeling studio, first, one needs to figure out what polygons are. In order to help manufacturers and marketers, we narrowed the whole 3D polygonal modeling topic down to 5 essential facts they should know. Without further ado, let’s get into reading!

#1. Polygons Are Basic Geometry Components of a 3D Model 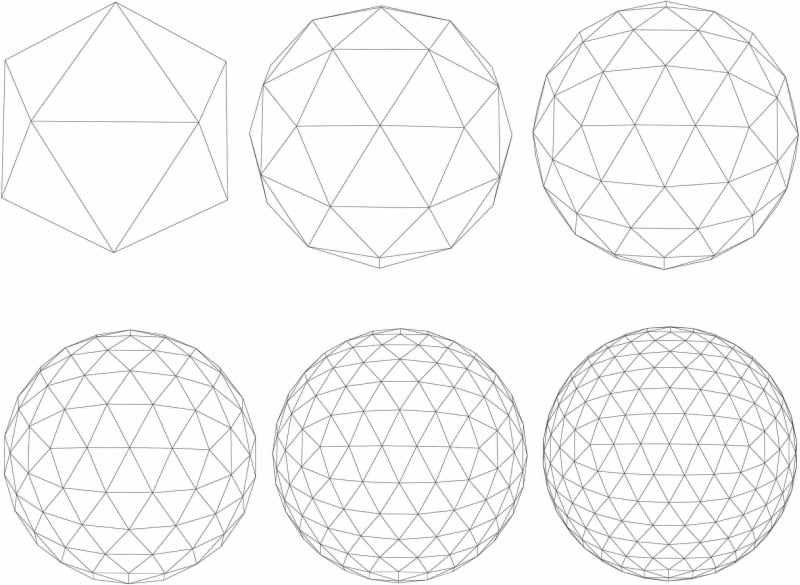 The polygon geometry consists of straight edges and vertices. The formed plane is called a face that is usually a three-sided geometric shape, or a “triangular polygon”. Also, there are four-sided “quads” and ”n-gones” with multiple vertices. Each polygon is connected to other polygons and altogether they create a polygonal mesh, that is essentially a 3D model. So answering the question “what are polygons in 3D modeling?” we say, they are the key components of any 3D object.

The number of polygons in the mesh is called poly-count, and the polygon density is the resolution. Those parts of a 3D model that have lots of details — for example, fittings, handles, decor elements — are of a higher resolution. And big plain surfaces such as a tabletop or cabinet door are low-poly sections of the mesh.

#2. With Polygon 3D Modeling, CG Artists Can Create Any Shape 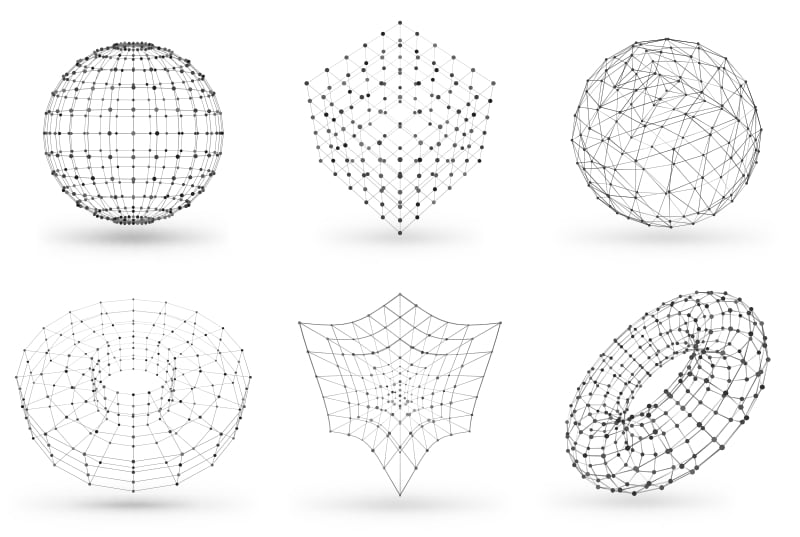 Now that we explained what polygons are, it’s time to talk about the creative freedom they provide for this type of 3D modeling. First and foremost, the polygonal mesh can be of any shape. Even when it comes to complex furniture designs with curved surfaces and carvings, polygons make the perfect mesh of triangles and n-gones to follow the shape of the object.

However, even with this flexibility, CG experts try to avoid making super complex meshes with billions of polygons. Instead, they create intricate 3D items using a smaller number of polygons. This way, 3D modelers can be sure that there are no polygon protrusion or knots in the mesh. Any error made during the 3D modeling stage will show up later in 3D rendering, so CG artists simplify the geometry as much as they can.

#3.  Each Polygon and Polygon Mesh Are Easily Modifiable 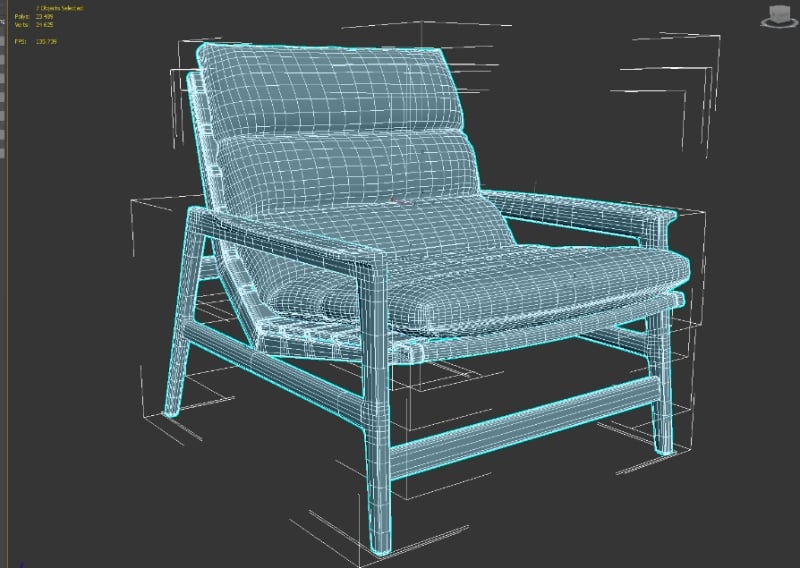 After the mesh is ready, 3D modelers can still transform it by manipulating its polygons. For example, by pulling a vertex or edge, they can split or extrude the face of the polygon, and twist and stretch the mesh as they need.

Such properties of polygon 3D models allow CG artists to use basic figures like cubes, cylinders, spheres as a foundation. By tweaking vertices of the polygons, they can sculpt any shape from them. Naturally, with polygonal modeling, it takes skills and experience to create objects of accurate proportions. So it’s best to use professional 3D modeling services to get it all done on point.

#4. There Are High-Poly and Low-Poly 3D Models

So what’s the difference between high-poly and low-poly 3D modeling? The more polygons an object consists of, the better is its detailing and quality. Therefore, high-poly objects work best for highly photorealistic 3D visualizations such as product silo renders and lifestyle 3D images. The quality is extremely important for such visuals because they are necessary for print magazines and outdoor advertising — billboards, banners, city lights, etc.

In turn, low-polygonal 3D modeling allows CG artists to create 3D objects for interactive CG solutions such as a 360° view, 3D product configurator, VR/AR apps, games, etc. The thing is, the fewer polygons, the faster a 3D item can be rendered by the engine in real-time. As a result, every object looks realistically and moves smoothly on the app or engine.

What are polygons in 3D modeling, and how important is their quantity? It’s time to talk about 3D model retopology. Retopology is the optimization of the polygonal objects that allows CG artists to reduce the number of polygons in the mesh and transform high-poly items into low-poly ones. This way, they can adapt top-quality 3D models to game engines, applications, and 3D product configurators.

As we mentioned above, manufacturers often need both high- and low-polygonal 3D models for different tasks. So CG artists start by creating a high-poly object for top-quality 3D renders and 3D animations. Then they retopologize the same 3D items and turn them into lightweight and easy-to-render 3D objects for apps.

So, what are polygons in 3D modeling, and how to order the right type of 3D models? Remember that the number of polygons and the density of the mesh directly affect the quality of 3D items. Therefore, high-poly and low-poly 3D models serve different purposes. If you need top-quality CG images and 3D animation, order high-poly 3D objects. But when it comes to a 360° view, 3D configurator, and VR/AR apps, only low-poly ones work. Keep in mind that CG artists can always transform high-poly 3D items into low-poly ones using 3D retopology but never vice versa.

Need first-class 3D models for your product marketing and promo? Click on this link to contact us for 3D modeling services, and you will get top-quality 3D objects in just 48 hours! 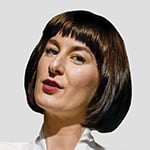