Product 3D is one of the most efficient ways to ensure a furniture manufacturer or marketer gets stellar visuals that can be used in all stages of work. From 3D models which allow you to play around with the new designs, to beautiful promotional materials, 3D can cover all the bases. However, choosing a contractor for 3D modeling and texturing services for the first time can be quite a challenge.

In comparison to hiring freelancers or even in-house 3D artists, working with a professional 3D rendering company can have a lot of benefits. Let’s dive in to learn what they are!

Product photography is quite expensive. One needs to cover the fees of the photographers, which can be up to $175/hour, as well as rent a studio and decorations. Moreover, the realities of the furniture industry are such that design changes can happen quickly. You might spend a couple of hundred dollars on a photo shoot of a design that gets completely reworked the very next day. So, you have to start everything from scratch. Employing 3D modeling and texturing services eliminates the issue. 3D is much more flexible than photography. And you can get done more at a lower price.

There’s another aspect of reducing the expenses. If you’re already on board with the idea of ordering 3D modeling, you might consider hiring an in-house 3D artist. It might be advantageous in some cases. However, there’s a chance that if you’re a small company you won’t be having enough work to justify paying them a salary and providing the expensive equipment. And, if you’re a big company, you will need many more people engaging in your projects than is reasonable to hire. In both cases, outsourcing 3D modeling to professional CGI service providers reduces your expenses while ensuring that no matter what the work gets done.

First of all, professional CGI studios will have a large number of specialists available for your project. For example, in CGIFurniture there are more than 100 in-house 3D artists who can be regrouped if it’s a large-scale rendering project, or it is urgent.

Second, in comparison to having a 3D specialist in your company, outsourcing allows making working hours more flexible. An in-house artist or team will be subjected to the Labor Code. So their hours will be limited, even if the deadline is fast approaching. In the case of a smaller company, the situation might get especially dire if their 3D artists just can’t handle the workload.

When outsourcing 3D modeling and texturing services, you are sure the work gets done on time. First of all, because the studio can afford to make more people work on a project if needed. Second, because the outsourcing is global, it is a good chance that because of time differences they get the project finished while you’re sleeping. 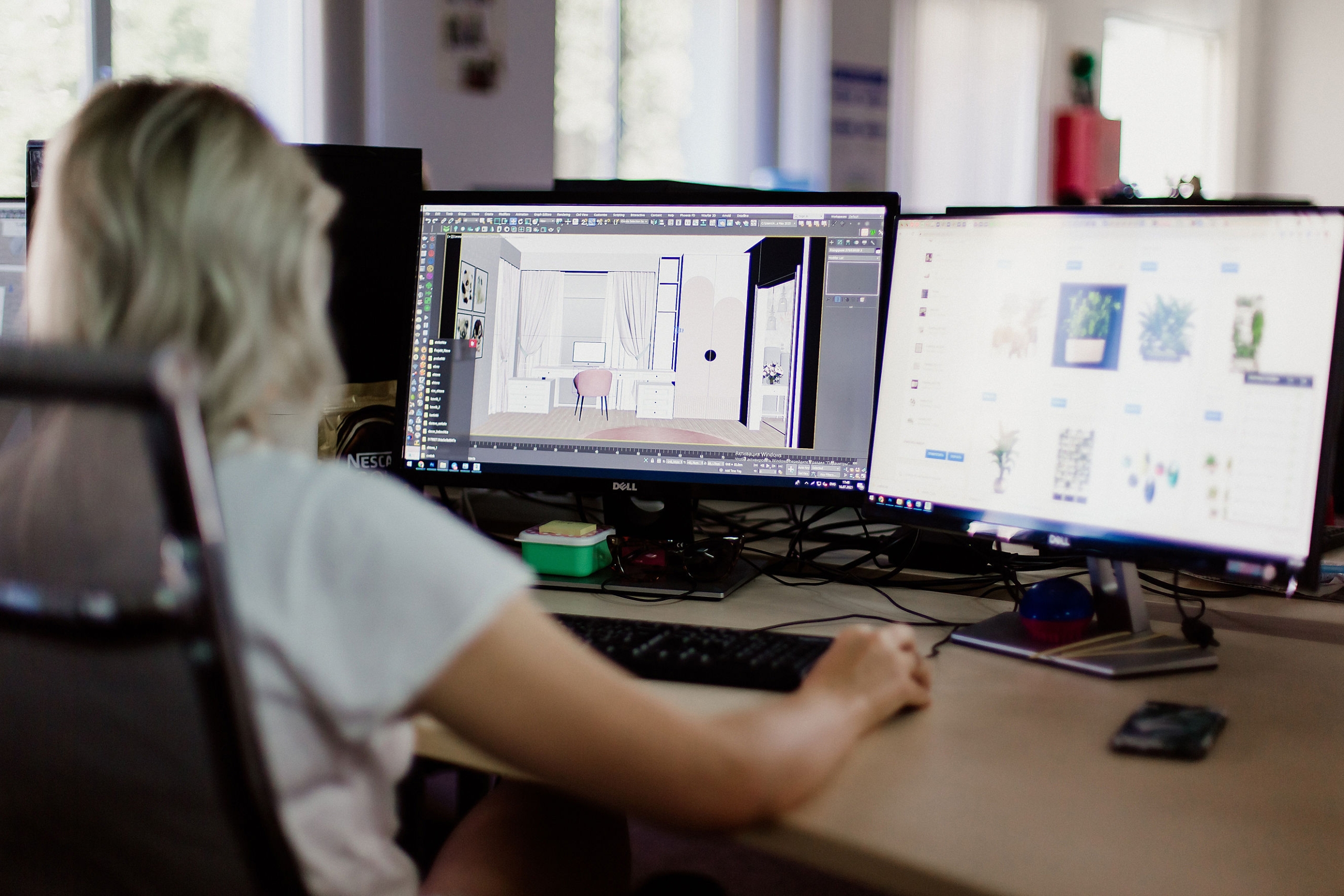 Professional CGI service providers invest in equipment that will be costly and sometimes simply unreasonable to have if you’re not specializing in 3D services. In-house render farms, a cluster of computer united for 3D rendering, allows working on large-scale modeling and texturing projects. It also accelerates the speed of rendering significantly. Online render farms usually have large queues, so a professional CGI company will aim for having a physical one.

Such online storages as 3D libraries also increase the speed and efficiency of the workflow. The clients get access to pre-made scenes and props. Using them not only makes the work quicker but also cheaper, as 3D artists don’t have to do the modeling and texturing from scratch. 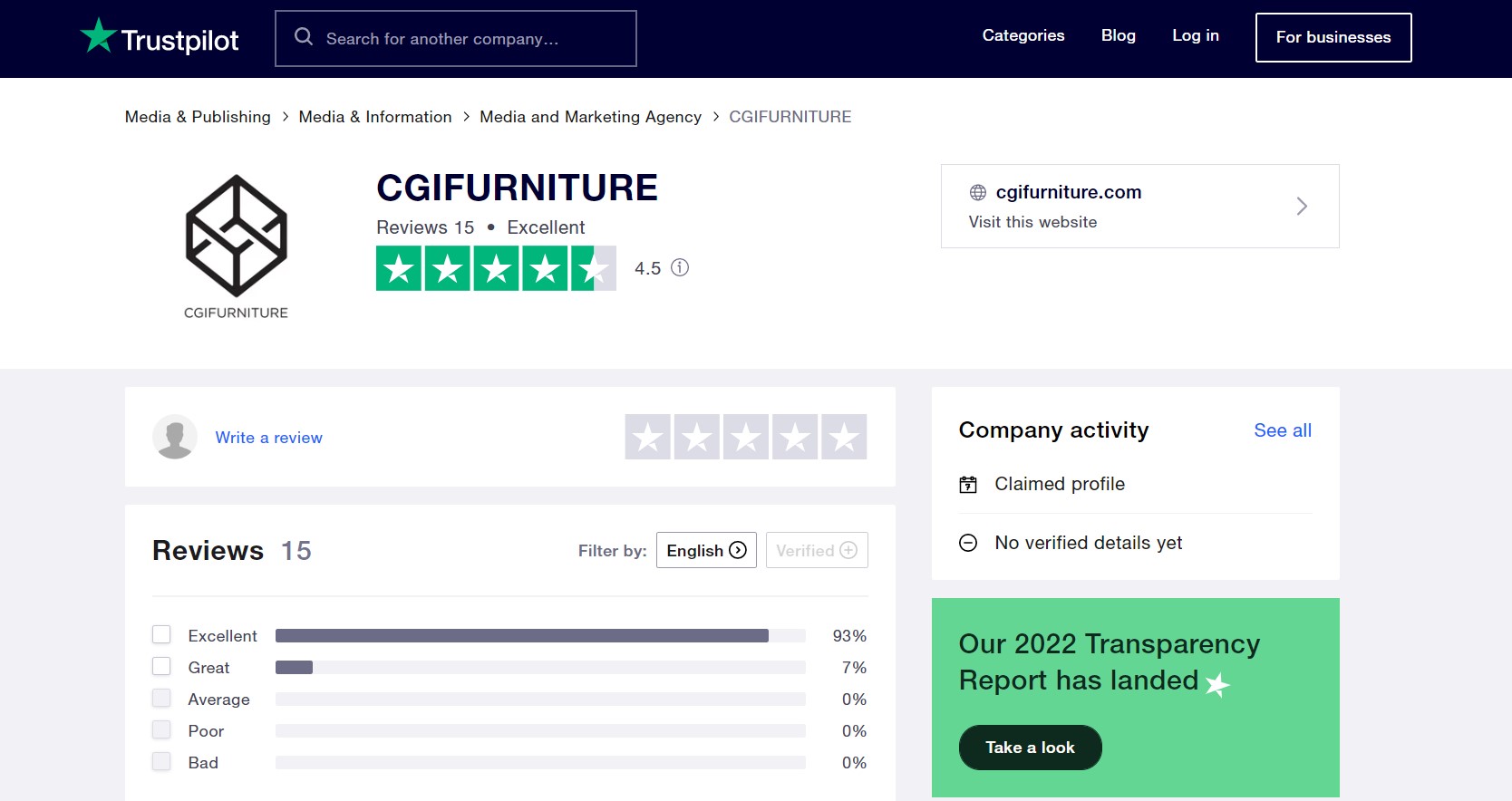 Employing freelancers for 3D modeling and texturing services might seem like a good alternative to working with a large company. However, there are some downsides.

First of all, you cannot be sure they will be able to do the work on time and deliver high-quality results. Portfolios sometimes are misleading. When working with a freelancer, you don’t get many ways to ensure their credentials except for that.

Second, freelancers most certainly won’t be able to work on large-scale modeling and texturing projects as efficiently as big CGI studios.

And, finally, it simply takes more time and effort for HR to keep finding freelancers. CGI studio offers a wide range of specialists who can provide any services which might come up.

Moreover, often the companies can present all kinds of benefits, special offers, as well as solid guarantees the 3D modeling and texturing work will be delivered as promised.

Large studios have both an established workflow and efficient CRM in place. For example, in CGIFurniture we have a CRM system called Archivizer. The client can access it from any device, can communicate with everyone who participates, share files, request corrections, and so on.

Archivizer safely stores all the data so the next project can be done even quicker and more efficiently the more we get to know the client. In comparison to freelancers or even small in-house 3D artists, working with a professional studio ensures the workflow is efficient and comprehensive and the customer has a lot of means of communicating with the team and controlling the process.

Explore types and features of 3D modeling service to enhance your visual marketing like never before.

Choosing a contractor for 3D modeling and texturing services for the first time might not be easy. However, when working with a 3D studio, you only have to choose once as they will be able to provide you with the variety of services you need. And, due to efficient CRM and having access to all of your previous models, props, scene, and textures, the cooperation only becomes better with time.

Looking for professional 3D rendering services for your next project? Contact us at CGIFurniture and get top-notch 3D visuals on time!

Stacey is a content writer and a CG artist. Outside of work, Stacey enjoys musicals, Star Wars, and art talk. A proud Corgi parent.